Together with Kwashie Safroh (†Okt. 2009), African master drummer and dancer from Ghana, Dan formed in 1996 Daye Drumming Group. A mixture of pure traditional rhythms and dances from Ghana, Senegal, and Guinea, singing in original tribal languages, and a unique stage performance were recipes for success. In 2000 they released a CD called “Dance Africa” with 11 compositions, all arranged by Kwashie Safroh, which are thereby marked to reflect the stylistic variety of their skills. During ten years the band was performing Germany-wide, giving the audience concerts that left nothing wanting – except another encore. 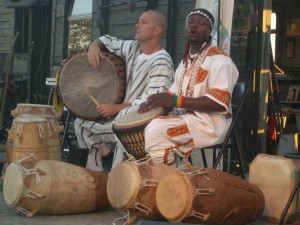 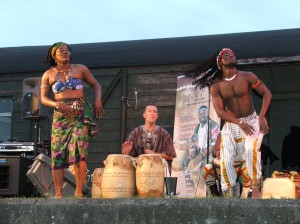 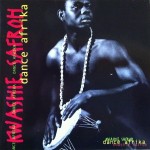